We returned to Boston from Nepal at the end of March with one mission: sell the house, shed stuff, move to Oregon, and be back in Nepal by the fall. We are on trajectory to do exactly that.

The first order of business was to get our mothballed house and lives back in order. Our first stop was Verizon, which refused to sell us mobile phones because we couldn’t provide a 2013 W-2 and a social security card; a passport and driver’s license were insufficient to prove our identities. We’ve never understood what that was about, but it set the tone for the next two months. Our adjustment back was difficult: traffic, technology (“press 1 to rot in hell…”), the hype, high prices ("In Dharapani this was only 20 rupees!"), the feeling of always being sold to.  Our attitudes have improved, but we still can’t stand frenzy and prefer cocooning at home to facing the world.
***** 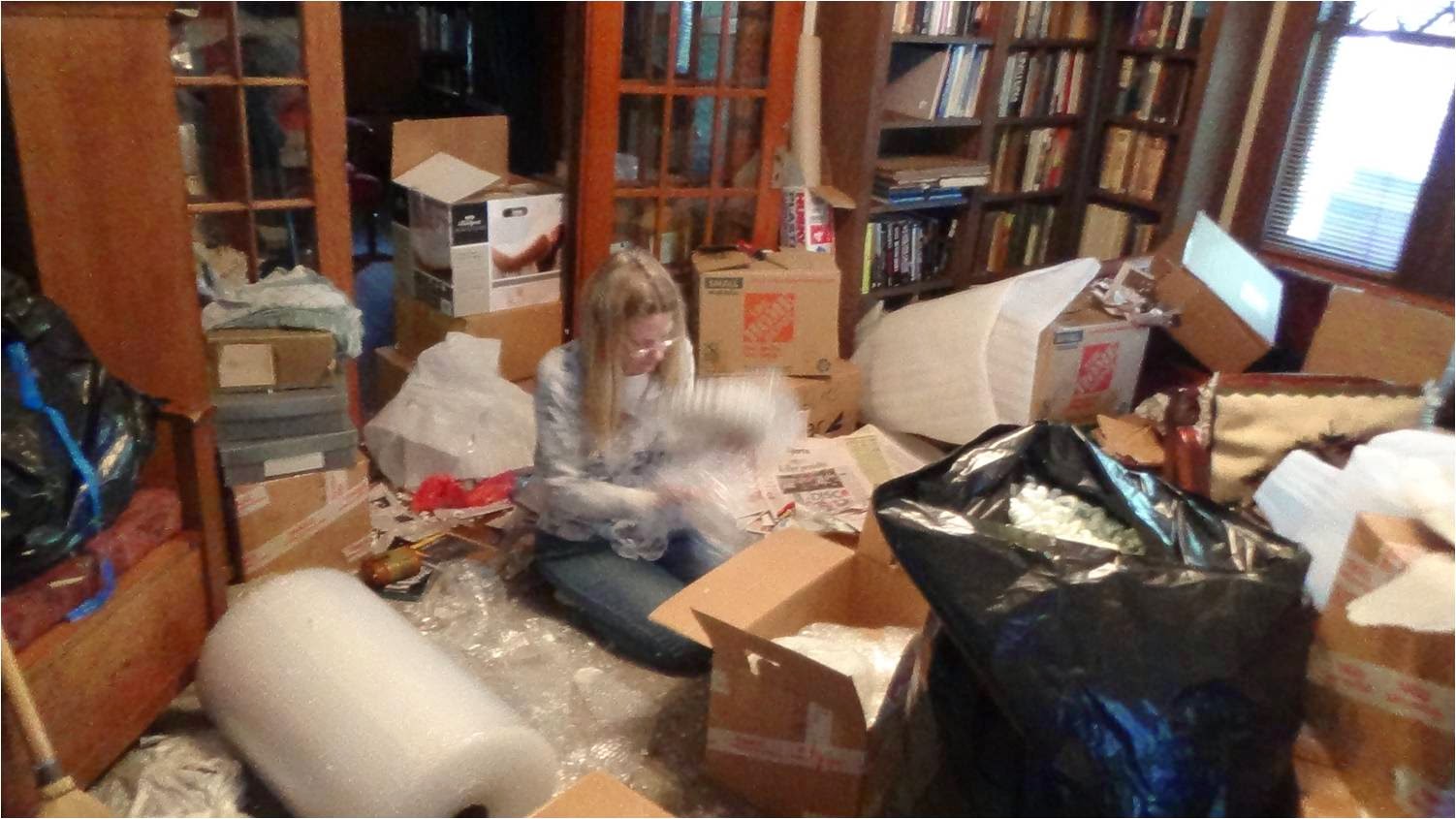 Selling the house proved easy. After one day on the market, we received three bids, all over asking price. Done. The hard part has been getting a grip on 29 years in the same house. It took 10-to-12-hour days, every day for three months, but we finally got our possessions under control. Harvey was cold-blooded about disposing of things, Malinda a bit more sentimental, but over half our belongings are gone. We (meaning mostly Malinda) have done all the packing, and we know every box-yielding dumpster in the neighborhood. We never want to do this again. 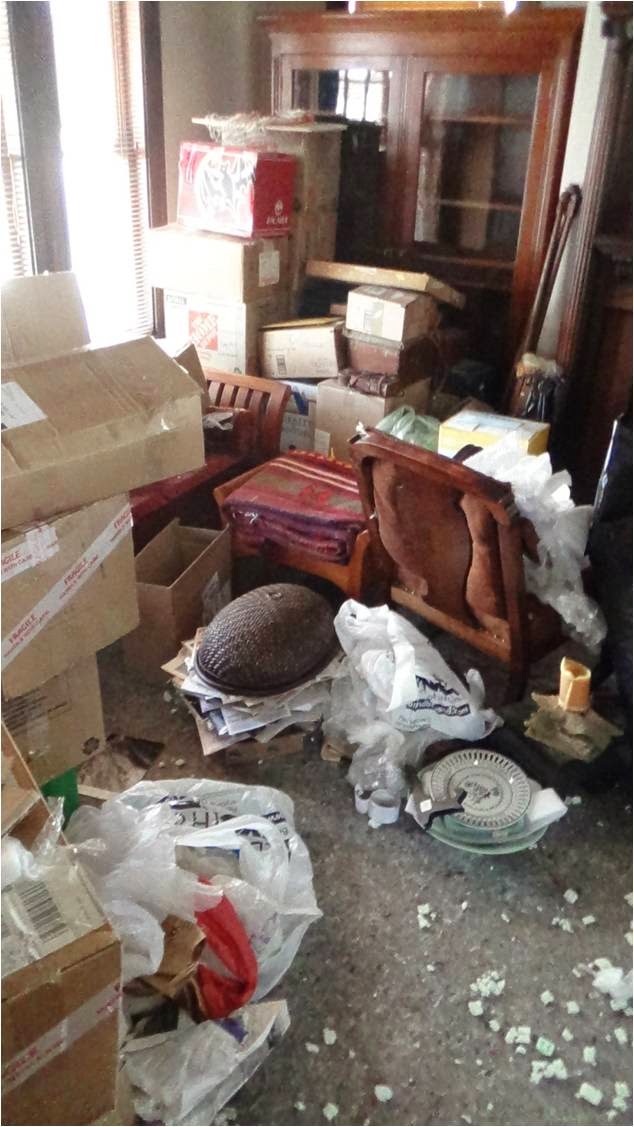 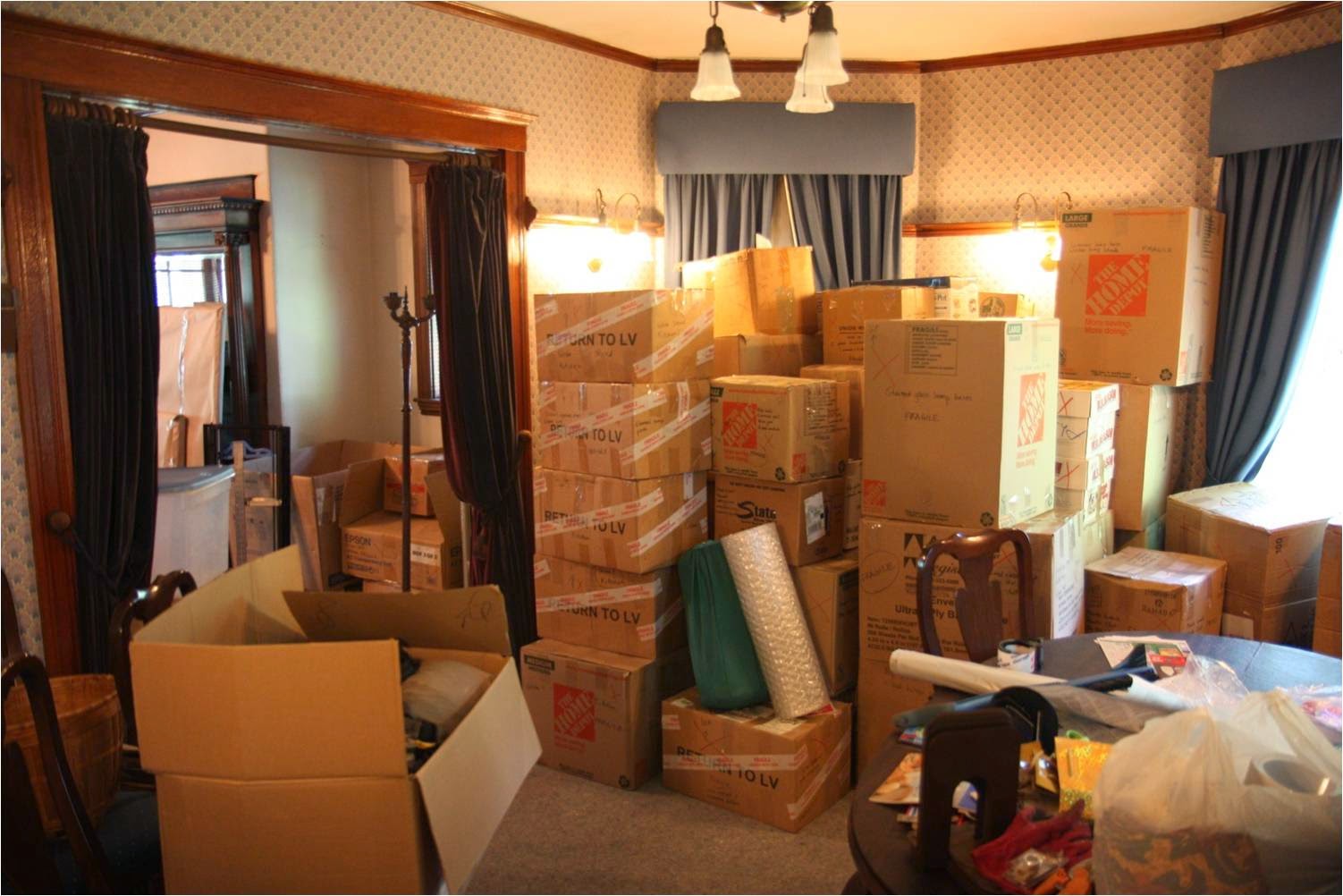 It’s been a full-time job. In our conversations with the family back in Nepal, we kept saying week after week that we spend our days “arranging our things.” They had no clue why it was taking so long, and we would be appalled if they could see the excess our culture encourages. 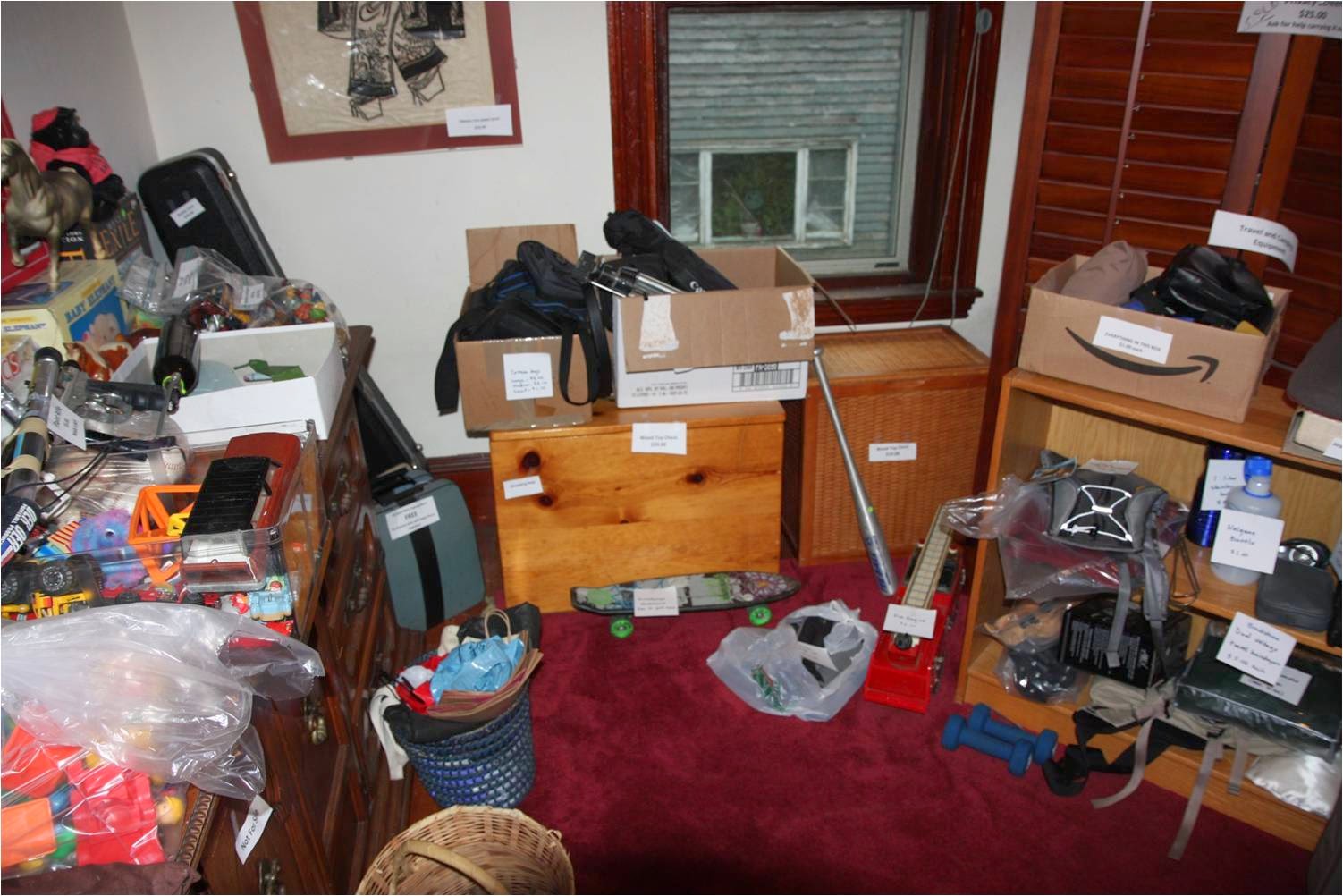 A major milestone came on May 31, when two floors of the house were opened for our moving sale. We had great stuff, it was organized and labeled, every item was priced to move, and we had a good crowd. Lots and lots and lots went out the door and we were glad to see it go. 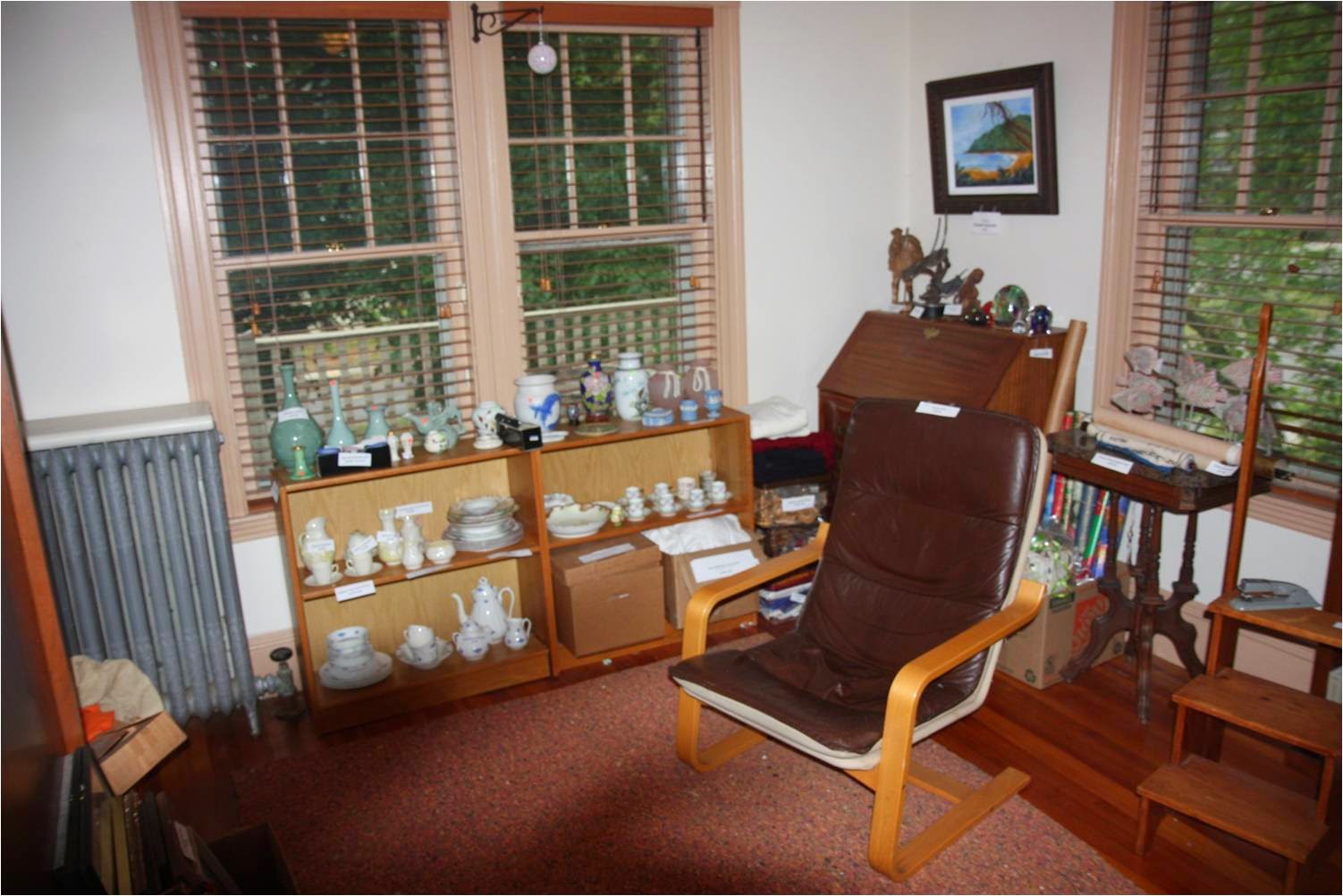 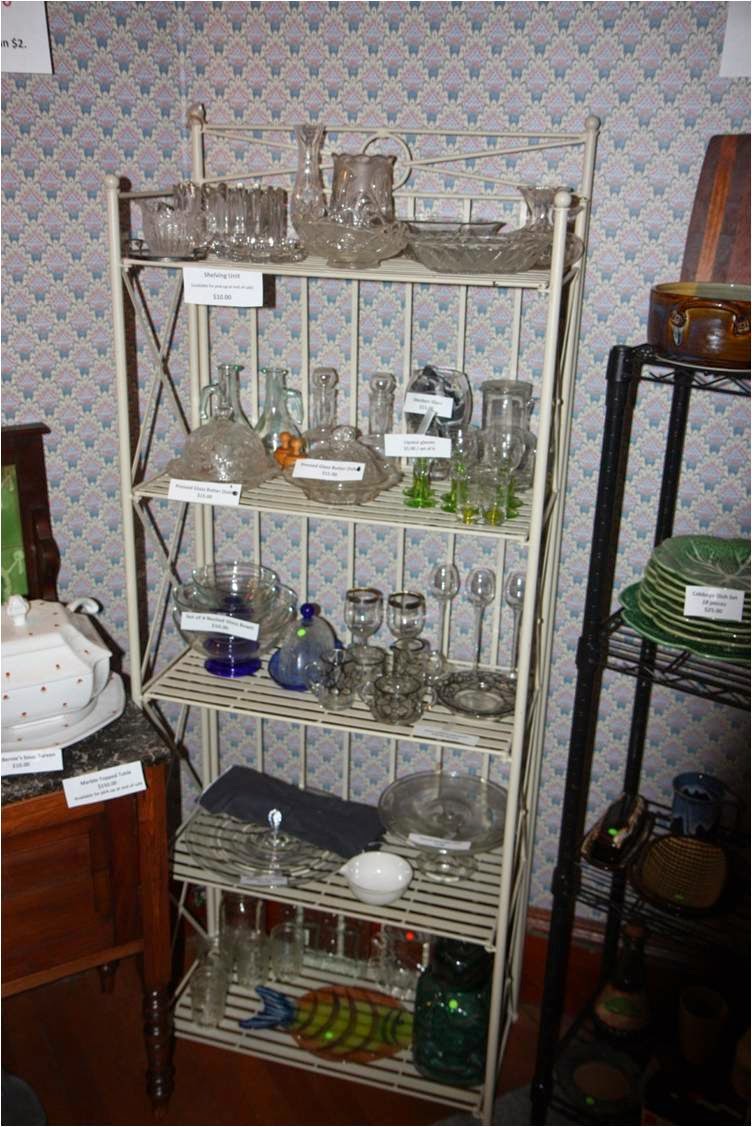 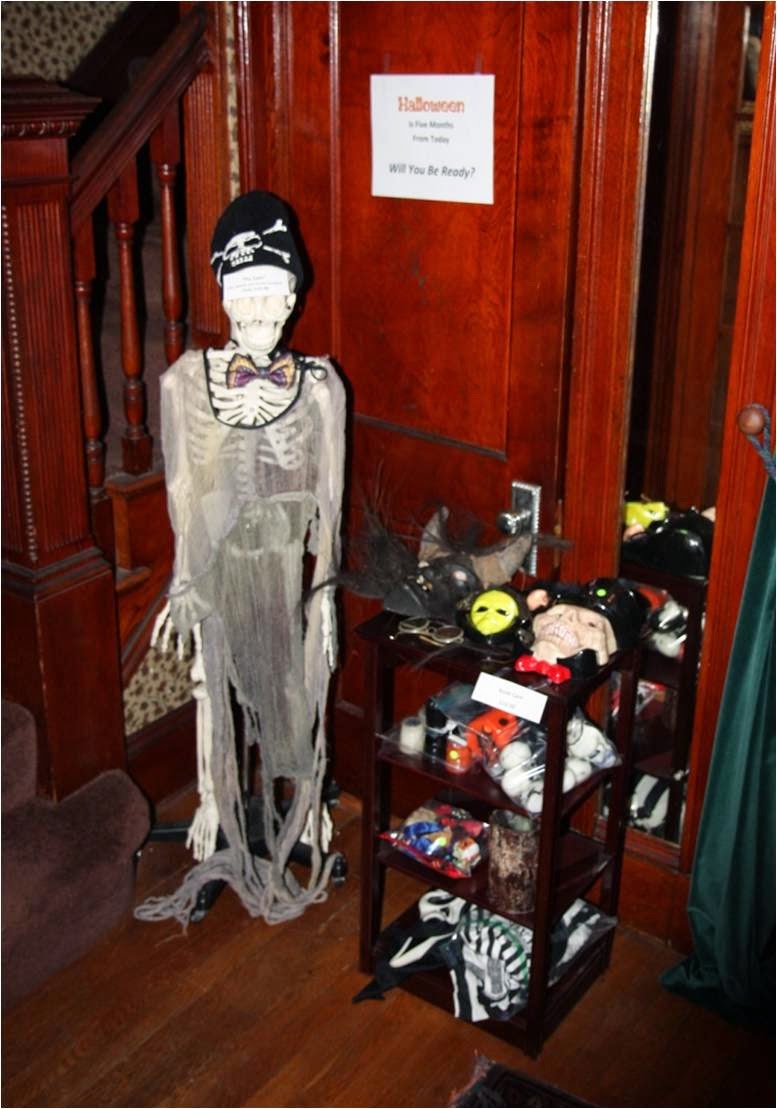 The most enjoyable part has been giving things away. The left-behinds from the sale went to a church store. Sometimes we loaded a “free stuff” table in the front yard and enjoy seeing it stripped bare by day’s end. Items too good for the trash were listed on a community bulletin board and everything went to good homes. On trash days our curb was full, and even seeing things get crushed and mangled in the truck was satisfying.
***** 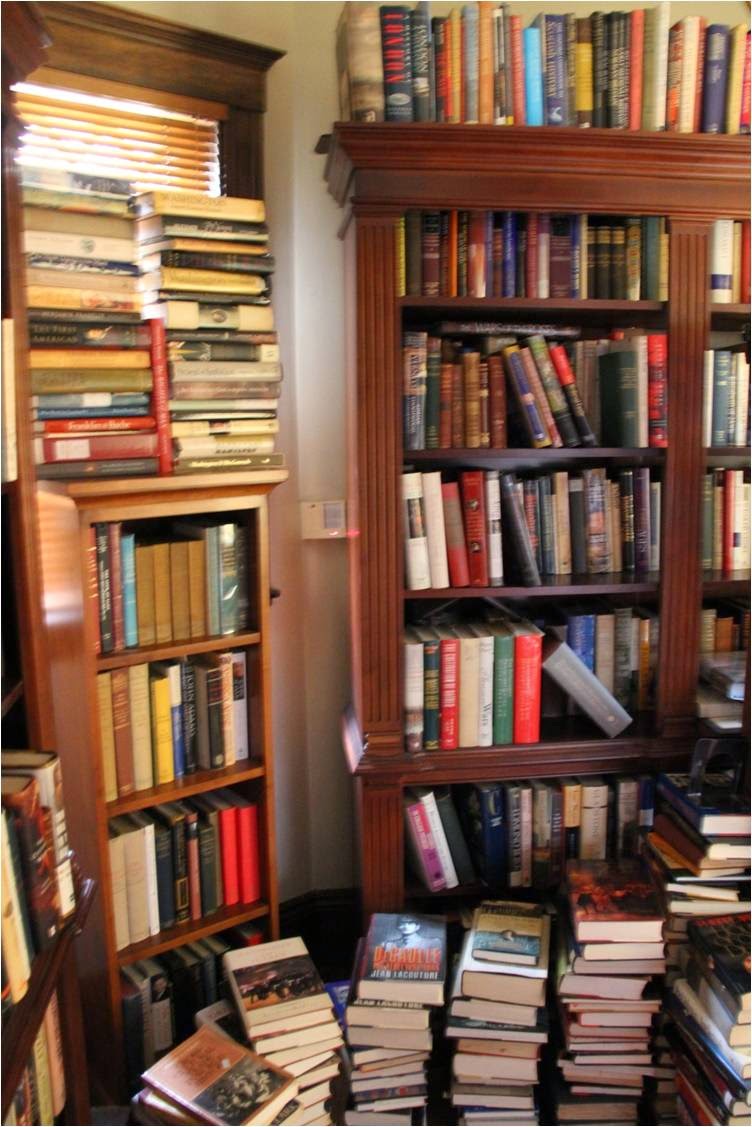 The books, of which we had a few, were a special challenge.  Sorting them took weeks and required difficult choices.  Some books were hard to give up because they were worthy of another read; many were yet to be read; and others evoked memories of another time and place. But over the years our collecting had gotten out of control, and we now regret having covered over so many windows with bookcases. And so we were ruthless in our cull.

Friends took some and we sold a few hundred at the moving sale. Most went to a non-profit bookstore that helps at-risk kids learn to run a business.  It seemed like a good cause, and softened the indignity of having to pay $75 to have our treasures carted away. 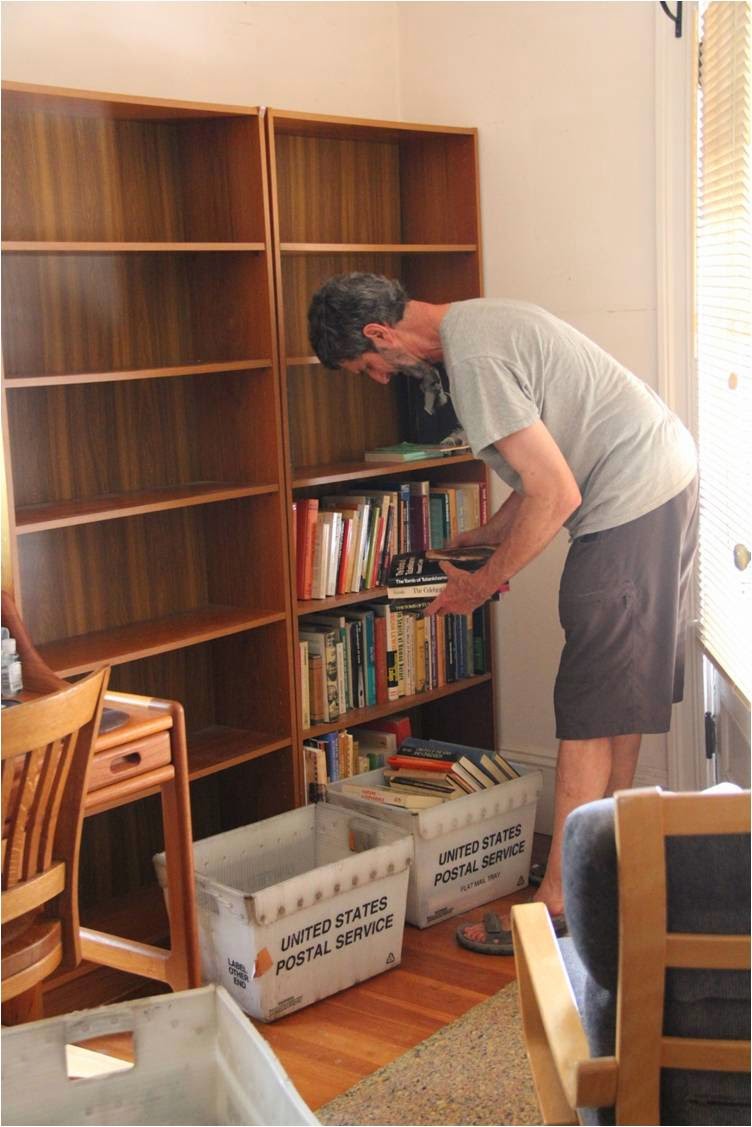 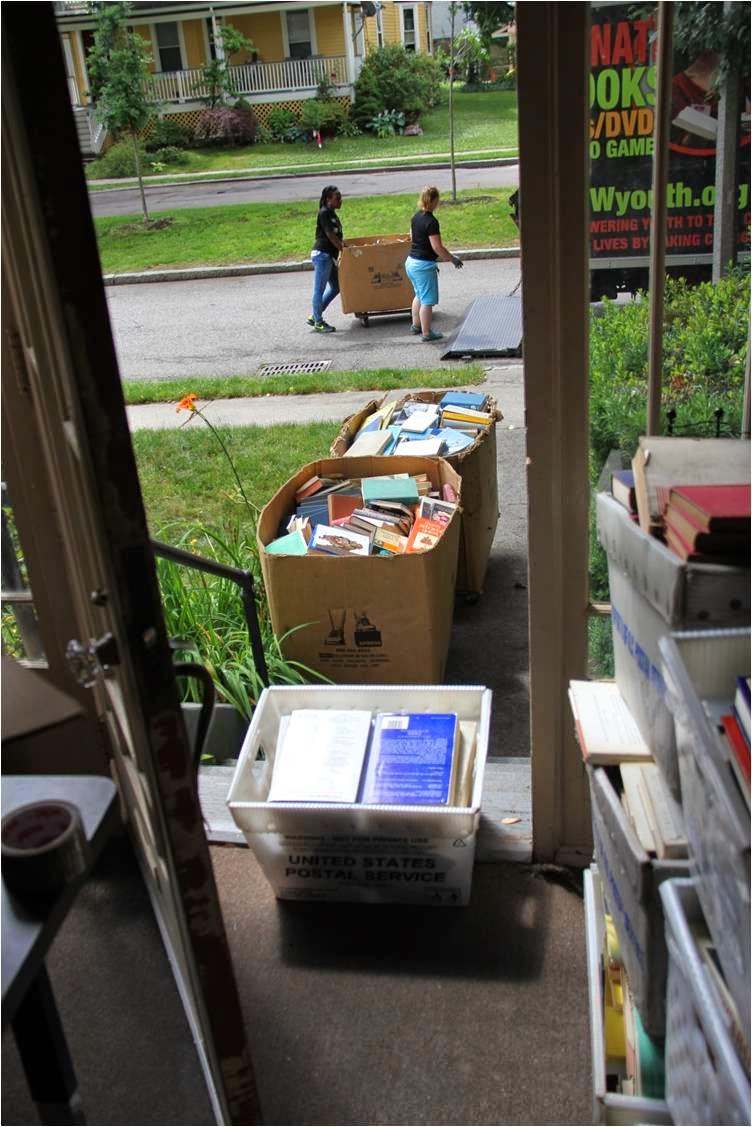 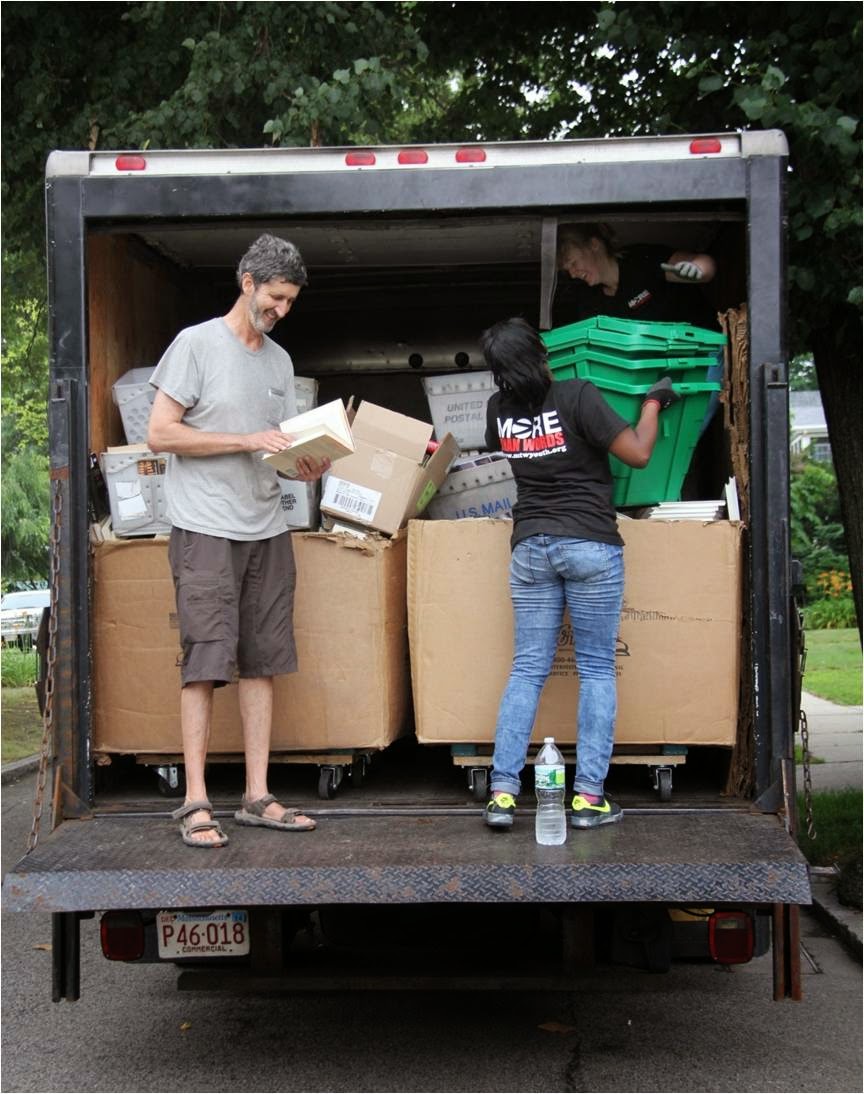 We filled a 12’ truck with what the store crew chief estimated was 6,000 books. It was wrenching seeing the truck pull down the street, but we take solace from the 250 cartons of books going with us. 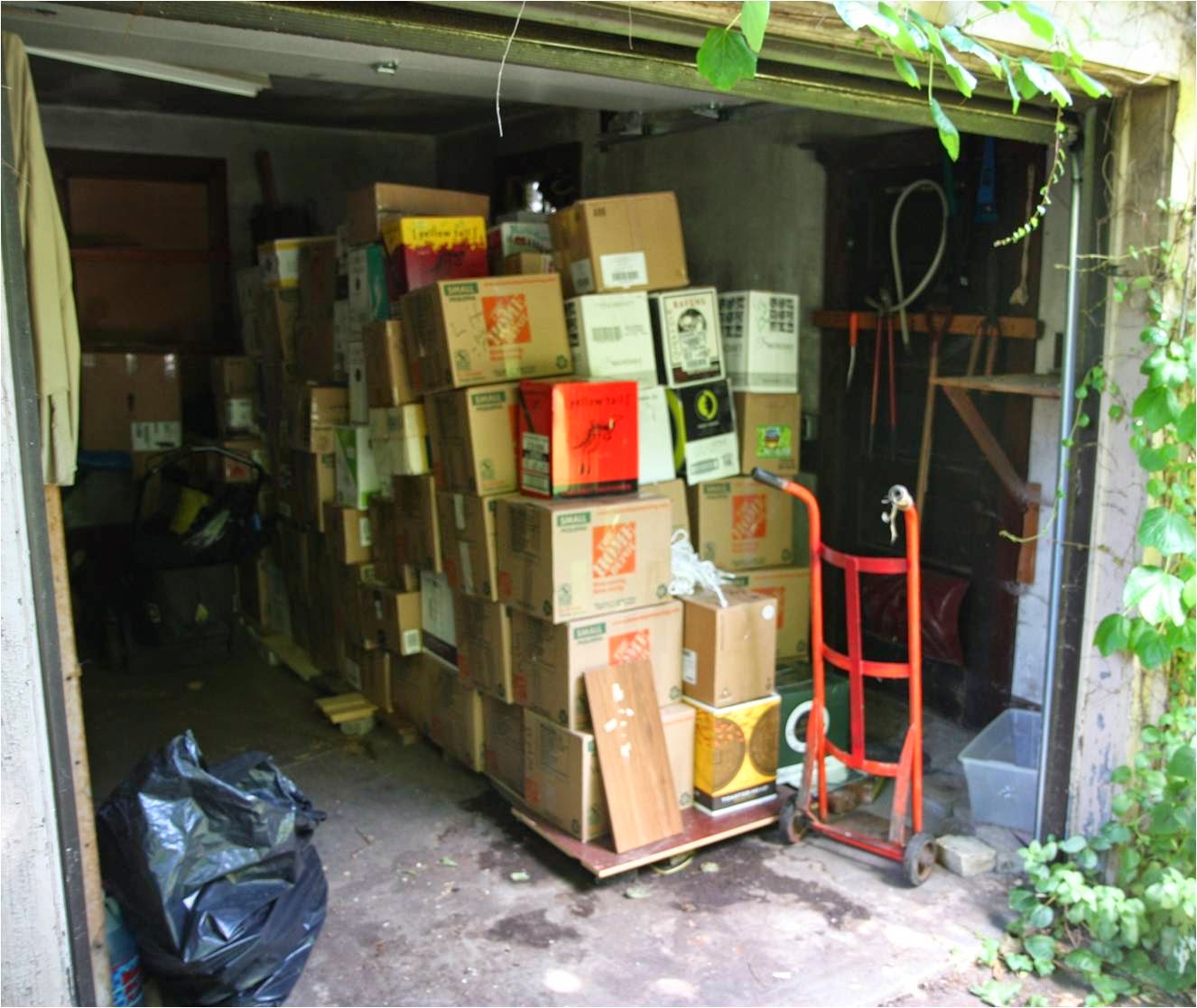 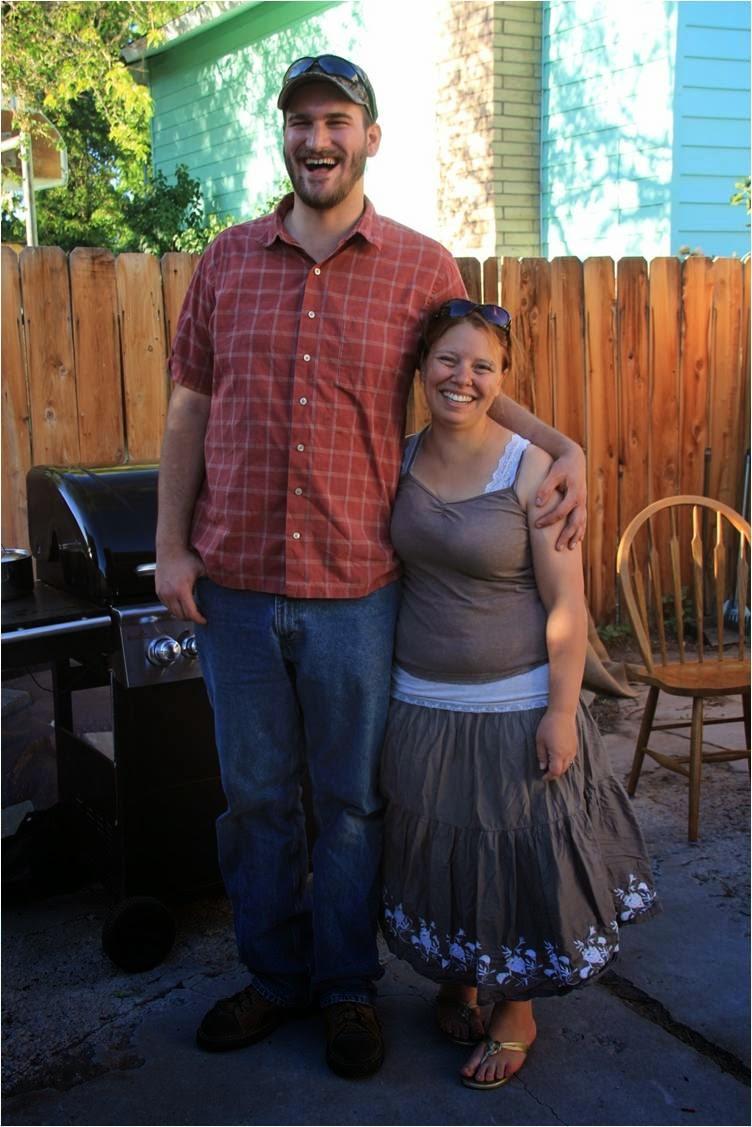 In early June we drove a truck full of furniture, books and other instant-heirlooms out to Jonah and Cassy in Nevada. They got married on June 14 – a wonderful wedding. We enjoyed seeing their new house and meeting their two dogs and four cats. Lieutenant Elijah looked smashing in his Air Force uniform. It was the first time the family had been together in two years. 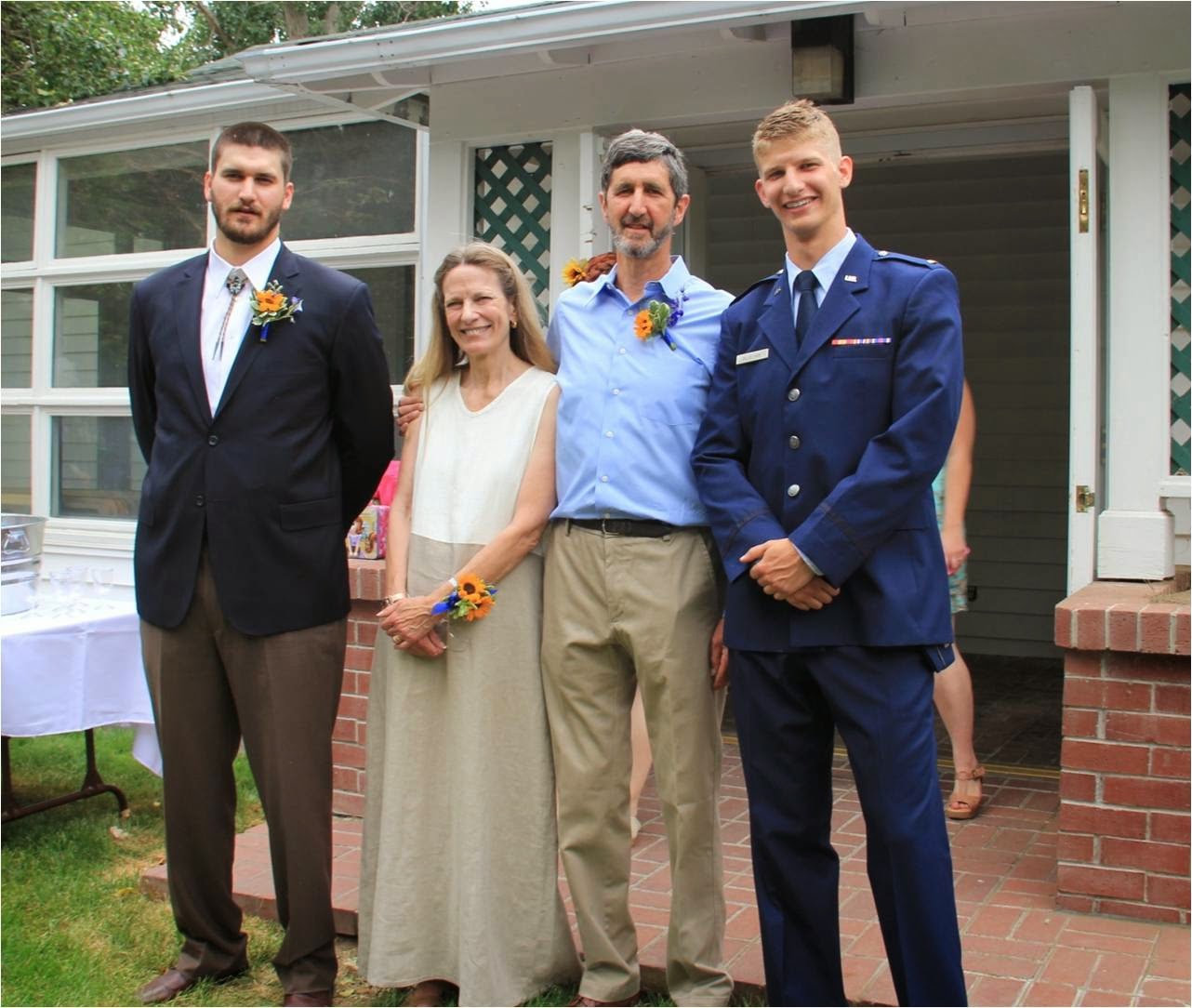 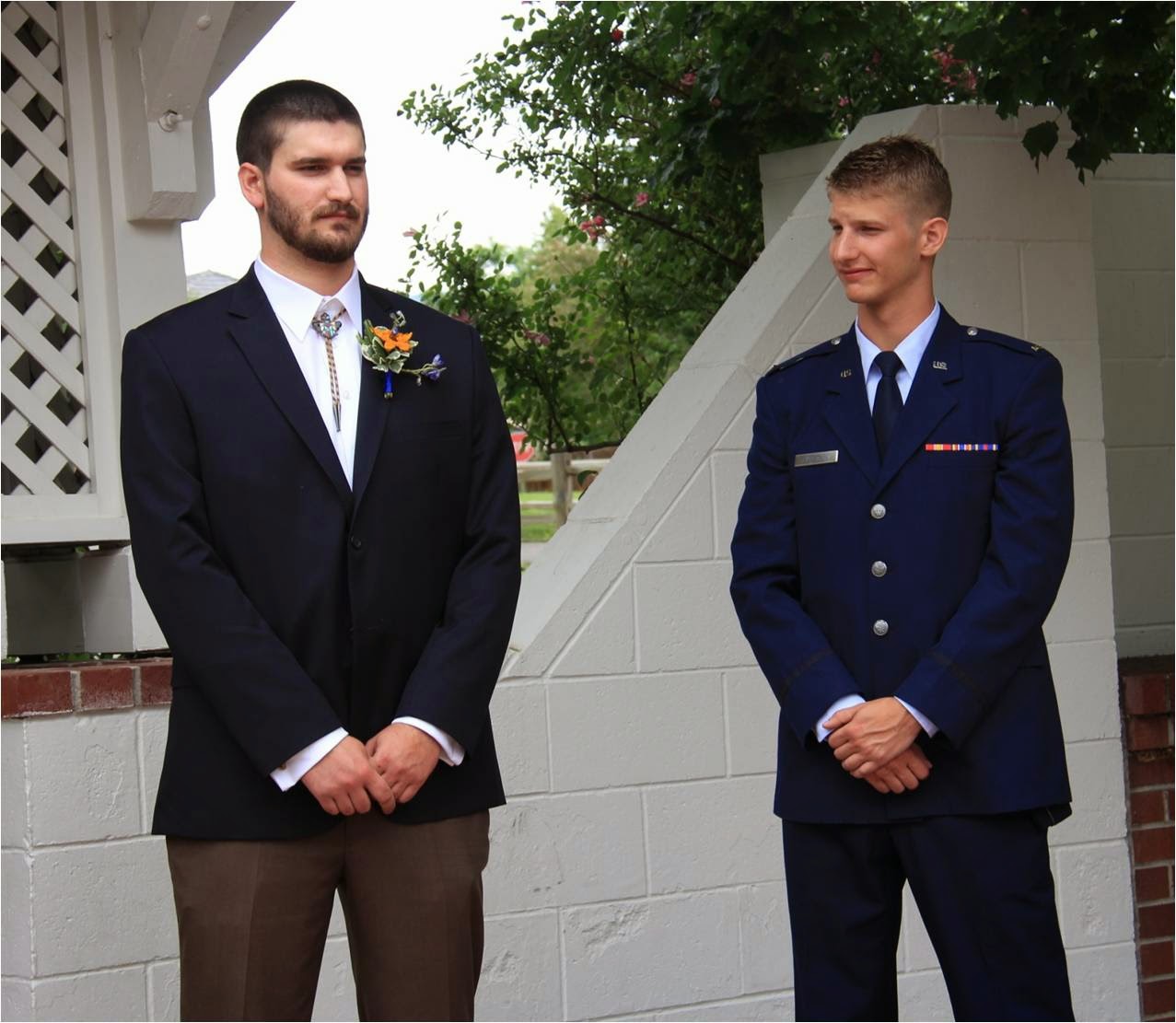 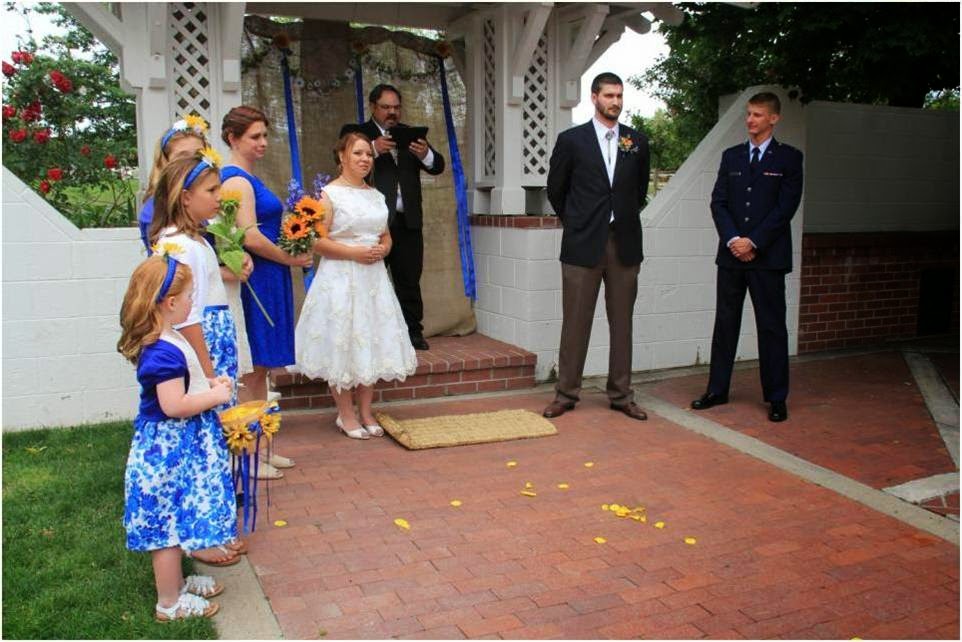 *****
From Reno we drove to Eugene and found an apartment overlooking the Willamette River. It will be a squeeze going from a large ten-room house to a small three-bedroom apartment, so we rented a two-car garage to handle the overflow. (Yes, we still have way too much crap.) Eugene is a university town, a ten-mile bike path passes our door, and we think we will like the healthy, small-city granola-ness of the place. Malinda has lots of cousins in Eugene, and Cassy’s family is there, so we have an instant network.
***** 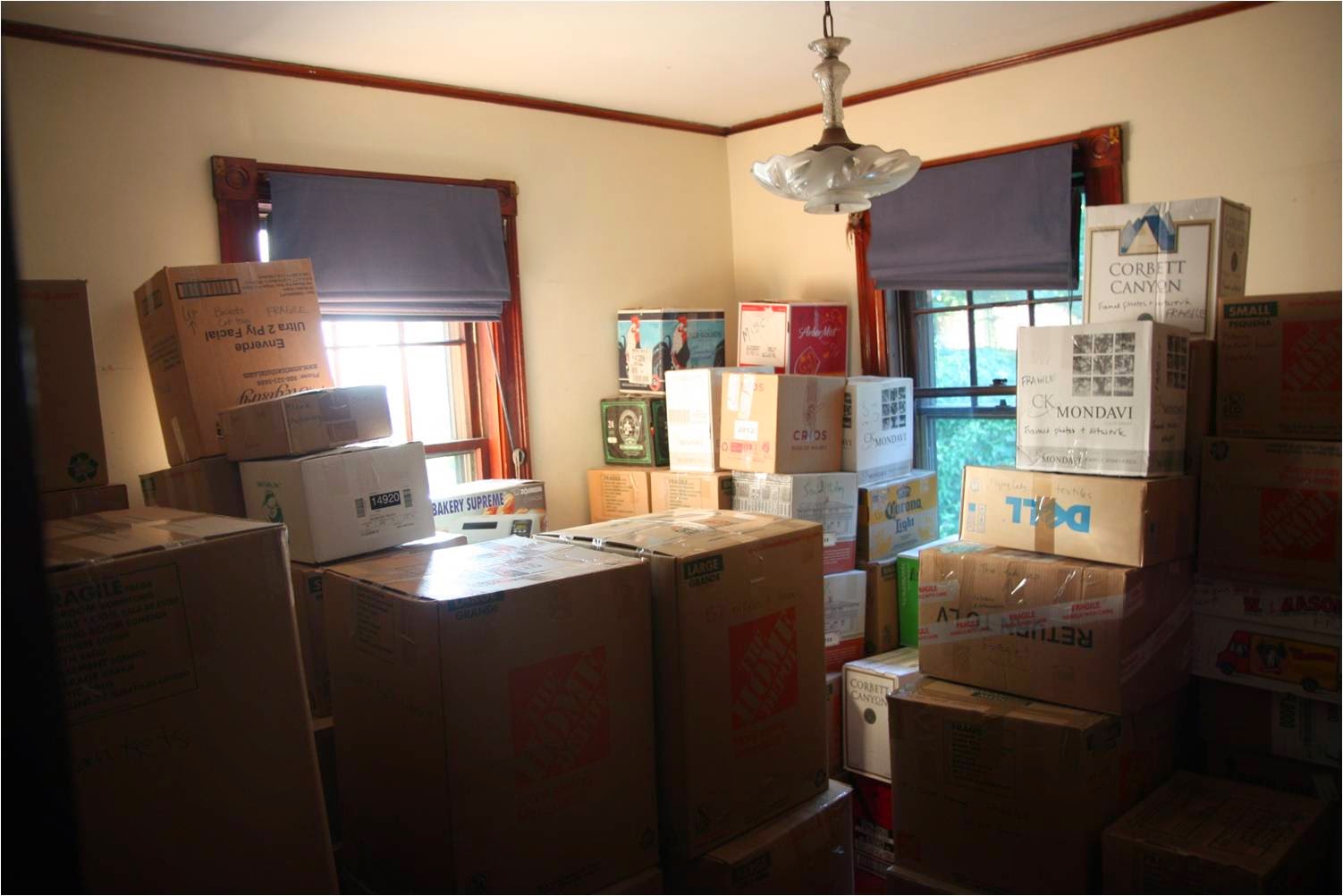 From Eugene we flew back to Boston to finish packing. Leaving our house and Boston will not be as bad as we had feared. We saw lots of old friends and said our farewells. As we have cleared shelves and closets, the house has become less and less ours, like it is reverting to some natural state. We feel like we are perching in what had once been our home.  Psychologically and logistically, we are ready to go. Tomorrow we sign papers, the movers arrive on Thursday, and early Friday morning we roll west. 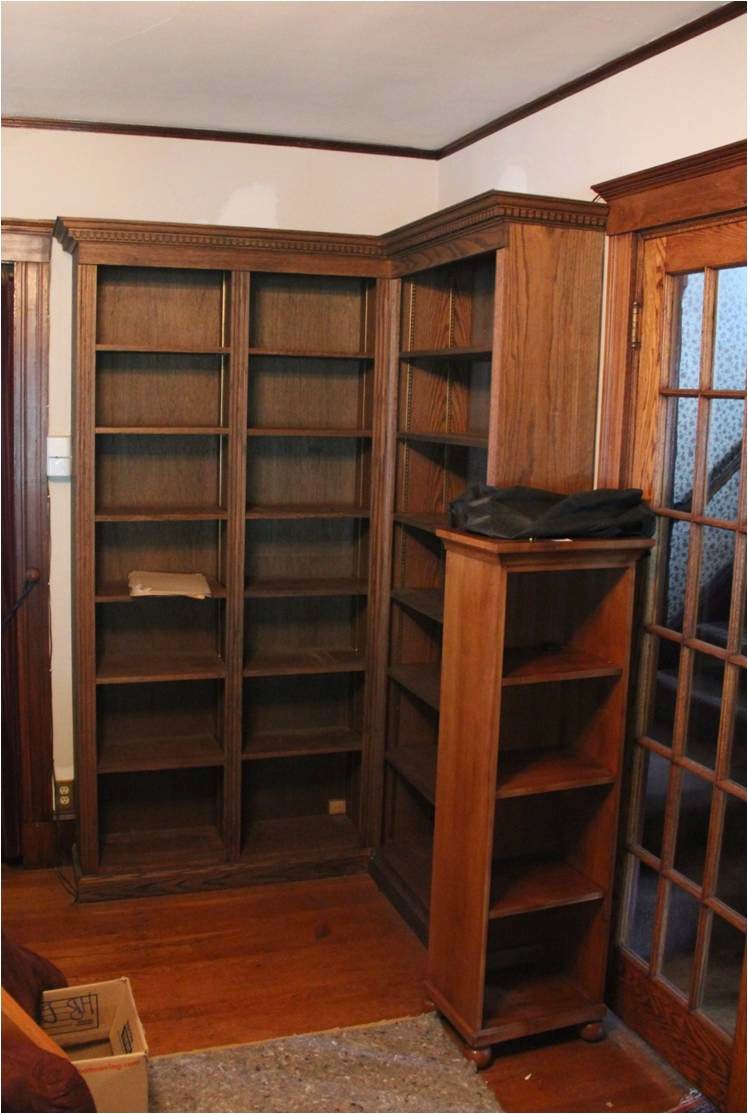 Posted by Malinda and Harvey Blustain at 3:27 PM 1 comment: