We are now Oregonians. The move to Eugene in July went smoothly. We have a great apartment on the Willamette River and a garage nearby for when we want to visit our (still) excessive amount of crap. We were in Eugene only two months, but we got a good feel for the place. We rode bikes and hiked in the Cascades. We got involved in Michael Jackson / Thriller flash mobs and that was fun. Malinda reconnected with her many cousins, one of whom owns a horse farm. She started riding twice a week and has a new boyfriend named Mojo. Eugene is relaxed and progressive and we think we will like living there. 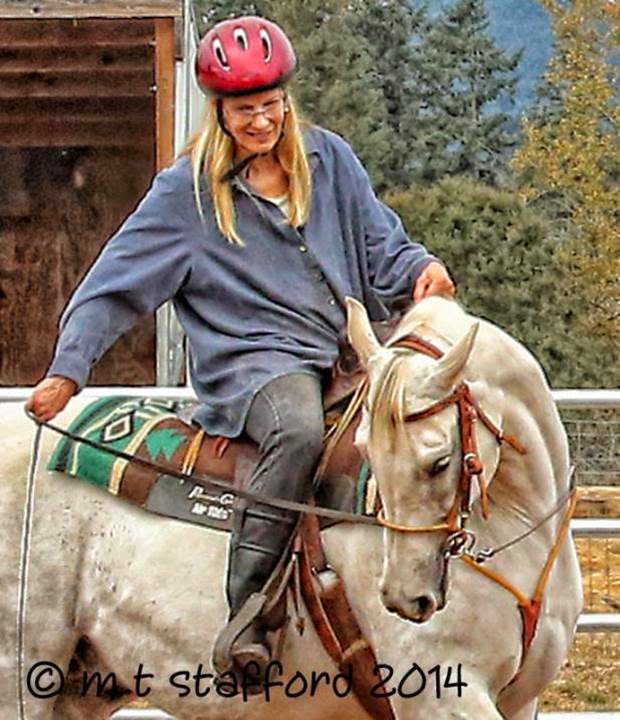 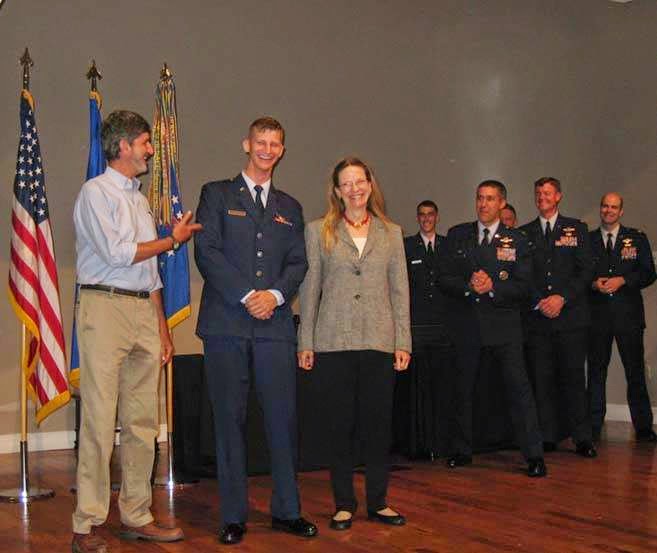 In early October we picked up Jonah and Cassy in Reno and flew to Pensacola to pin wings (crooked) on Eli, now a Combat Systems Officer in the Air Force. After several months of training on the C-130, he will be assigned to a base in Japan. He continues to amaze us. 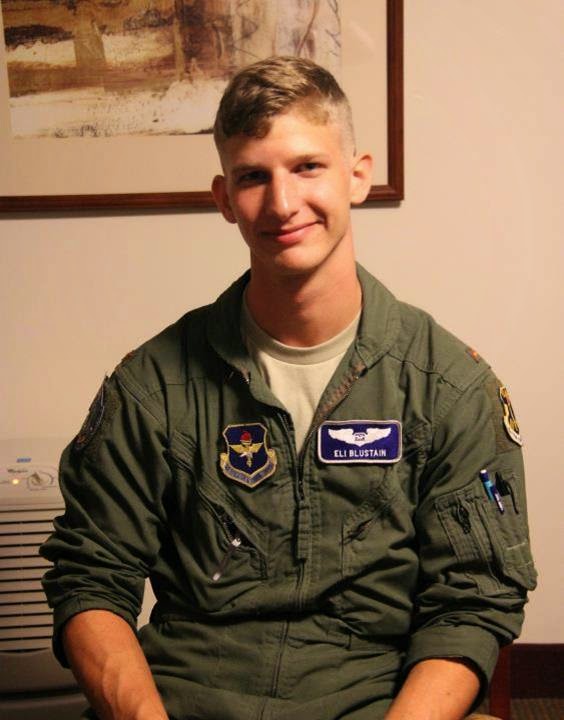 From Florida we flew to Houston, Istanbul, and finally Kathmandu, a 40-hour trip that was not fun. After a week in Kathmandu, we arrived in Dharapani a month ago. We hauled our stuff out of the attic, set up the house, and it is like we never left. Sometimes we have this weird feeling that moving to Oregon was just a dream. 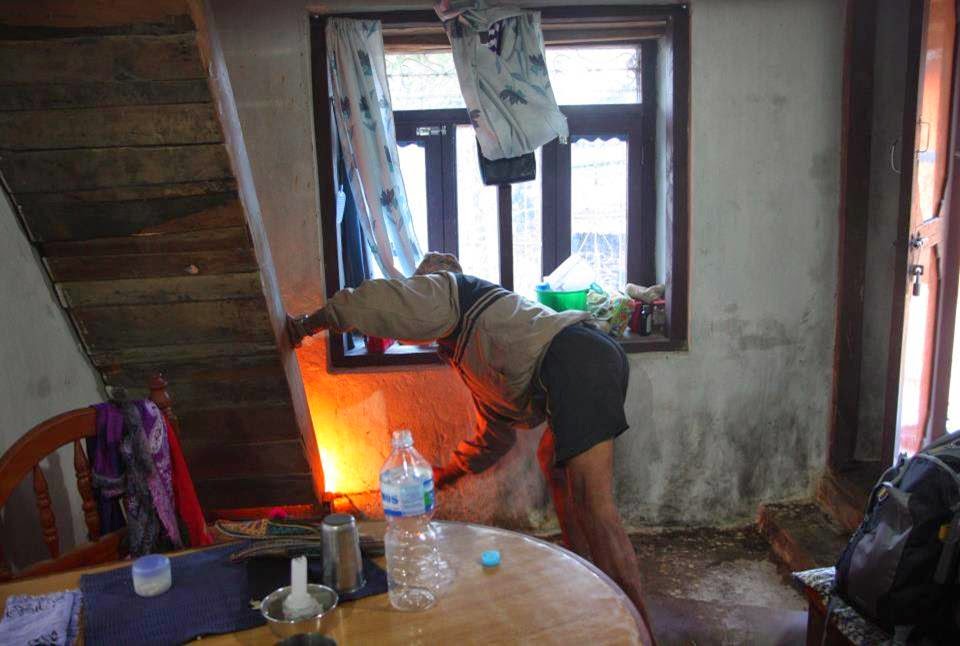 The house was in good shape, although ants had built a large nest under the stairs. Mit solved the problem with a home-made kerosene flame-thrower. So now there are scorch marks on the walls and they, along with the spider splats, make the house look shabby. We are thinking that next year we should paint, maybe.

Mit, Brihaspati and Asmita are glad to have us back. We are relatively benign and make no demands beyond the mutual ones expected between households joined at the hip. We are occasionally entertaining and at our best it is like the circus is in town. Mit has had health problems and is fragile, but continues to spend all day farming, fixing, and fidgeting. 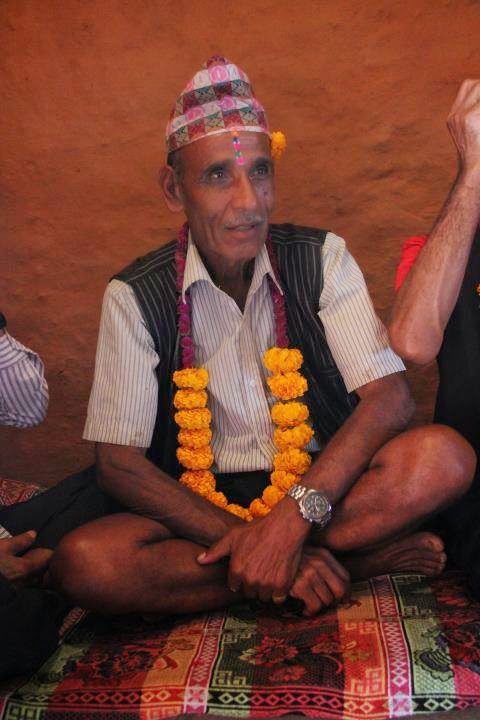 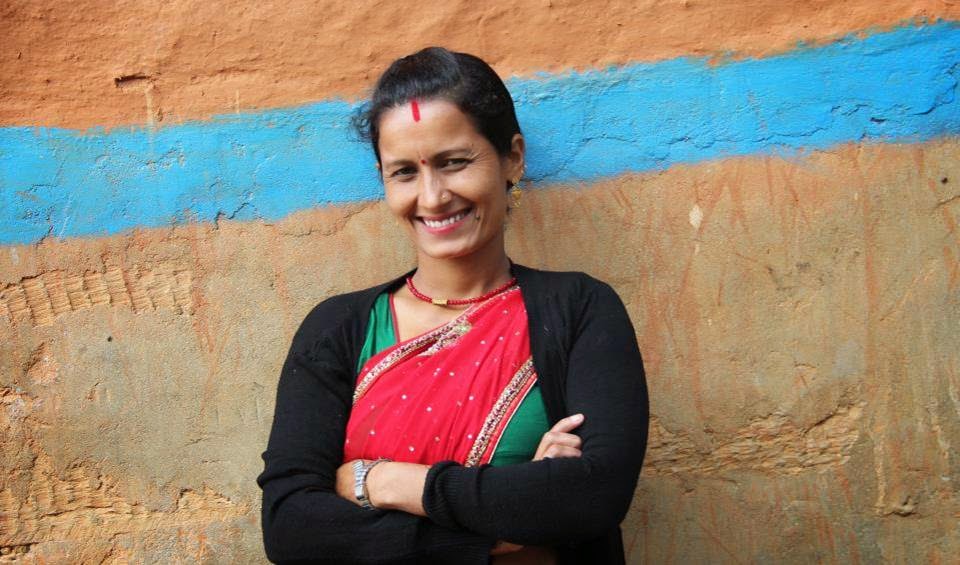 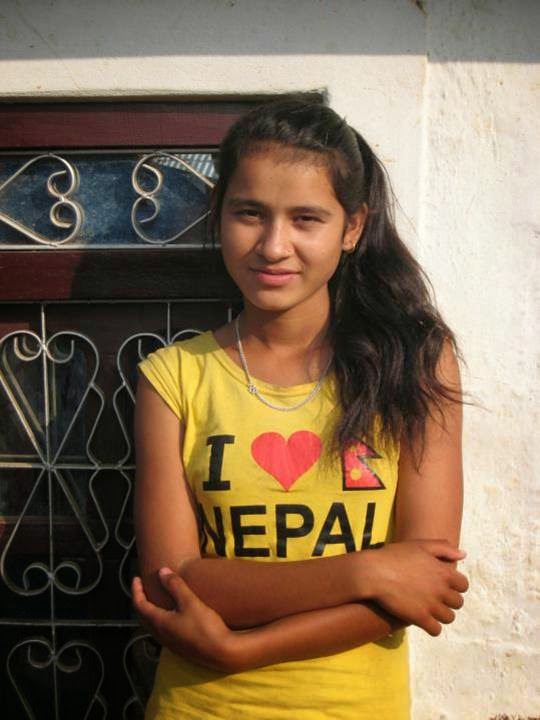 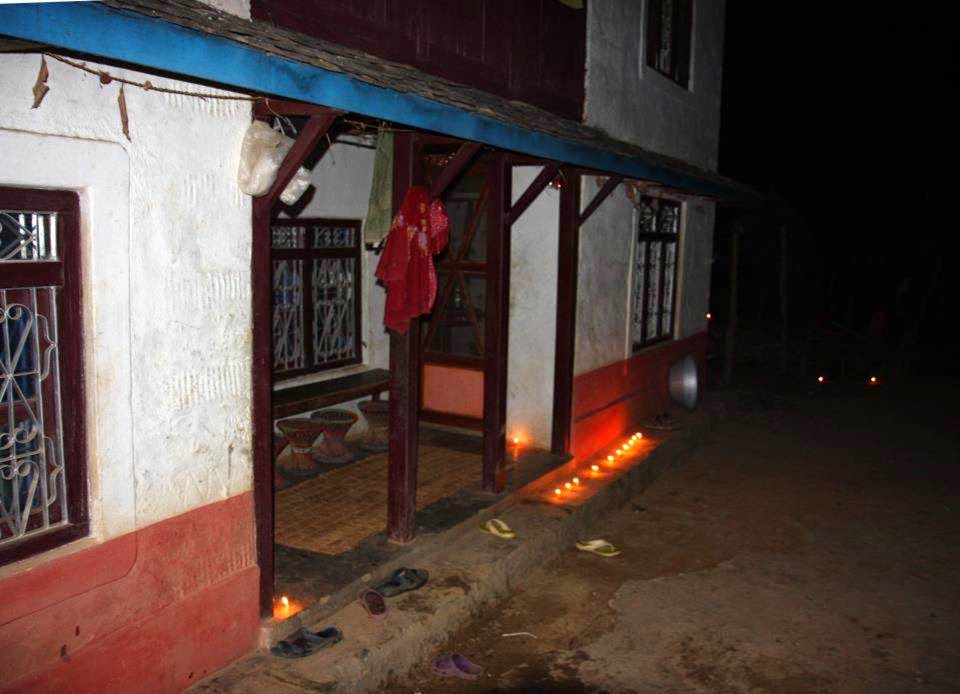 We missed the biggest festival of Dashain, but managed to make it here in time for Tihar, the five-day festival of lights, a time for worshipping Laxmi, goddess of wealth. Gambling is condoned and people spend days playing cards and games of chance. Crows, dogs, and cows each get their day of recognition, and the festival culminates with sisters anointing their brothers' face and hair with oil and giving them tika. Harvey joined mit and mit’s three brothers in the celebration. Sitaram, mit’s youngest son, was also in from Saudi Arabia. 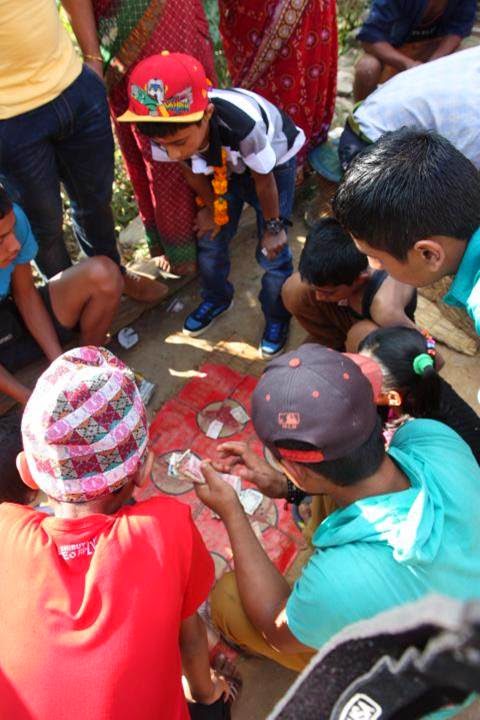 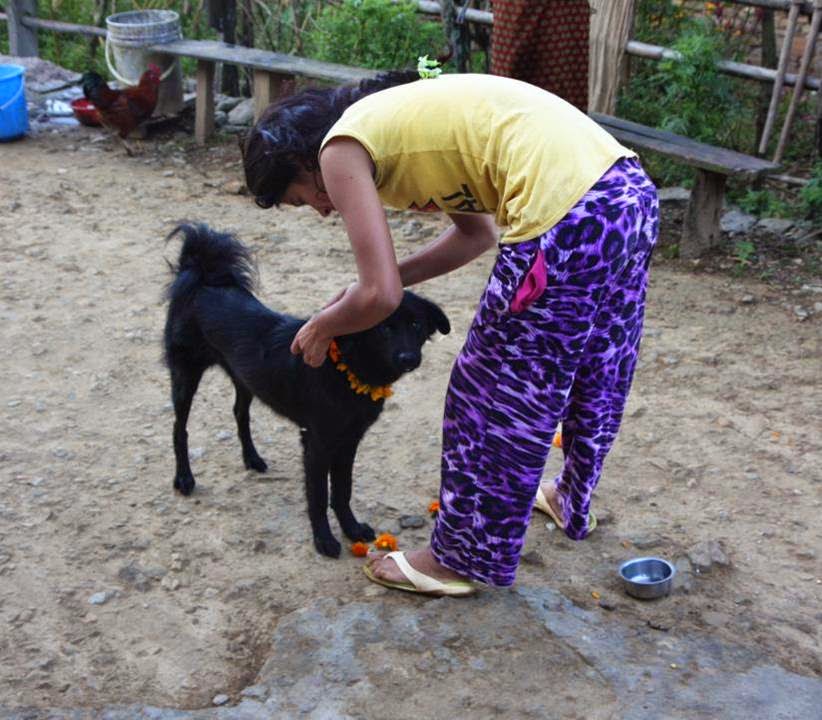 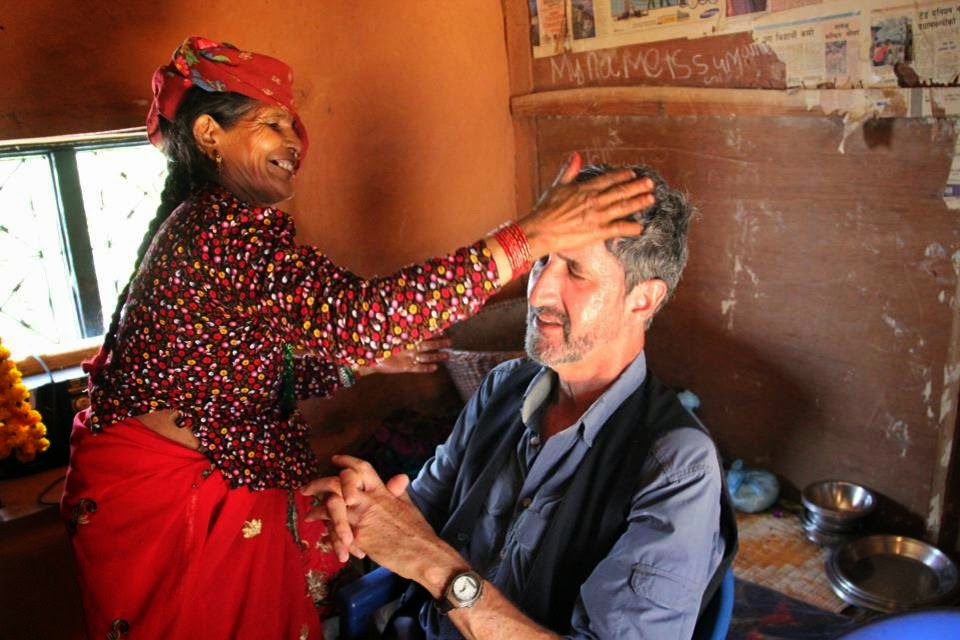 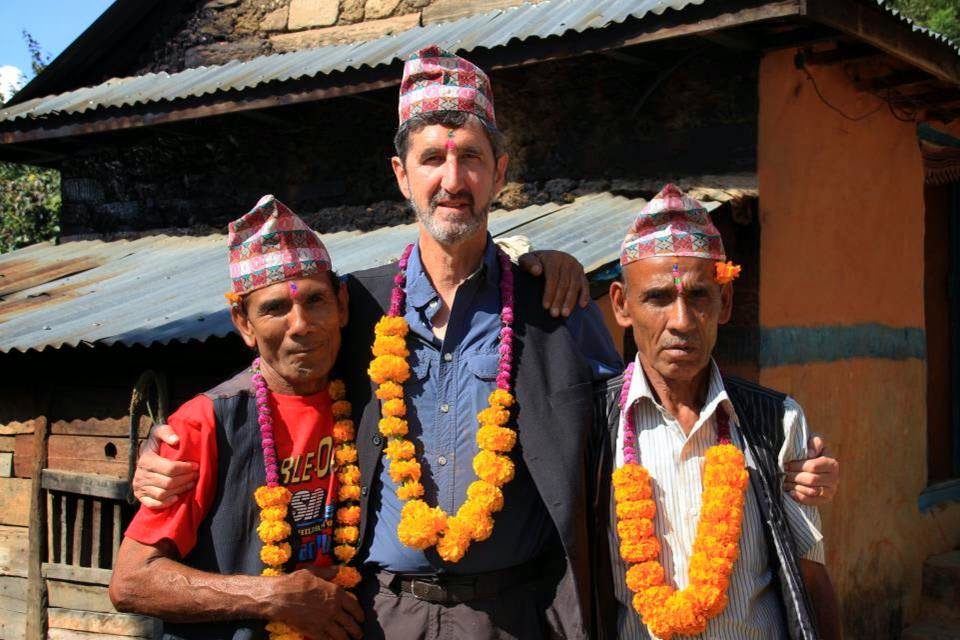 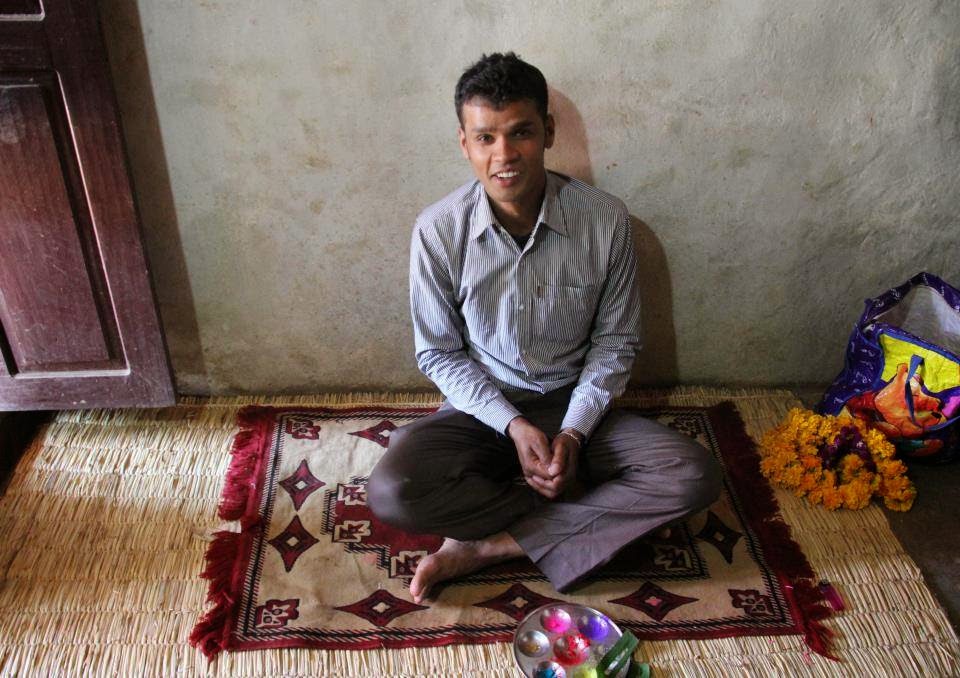 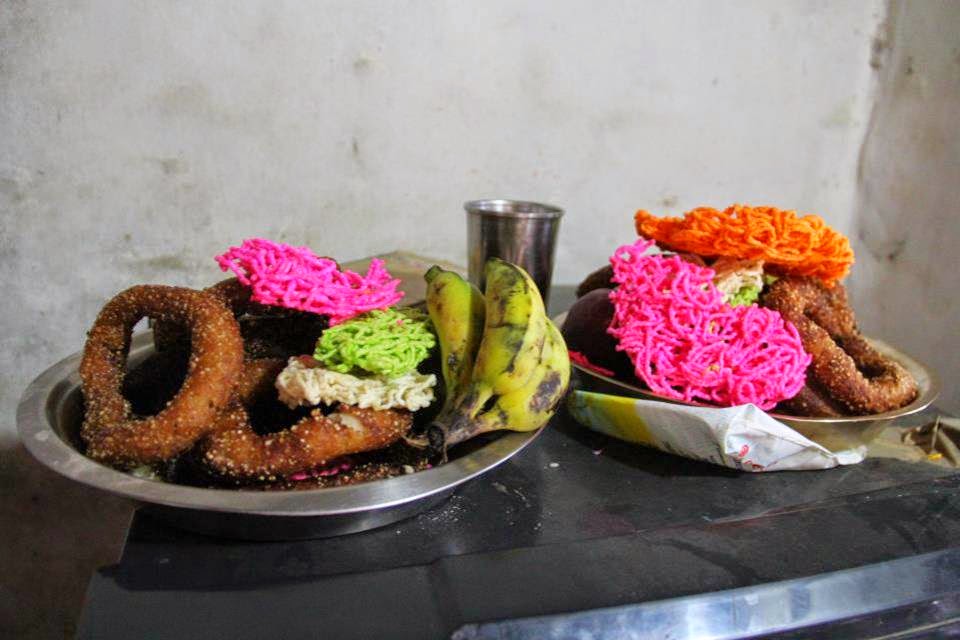 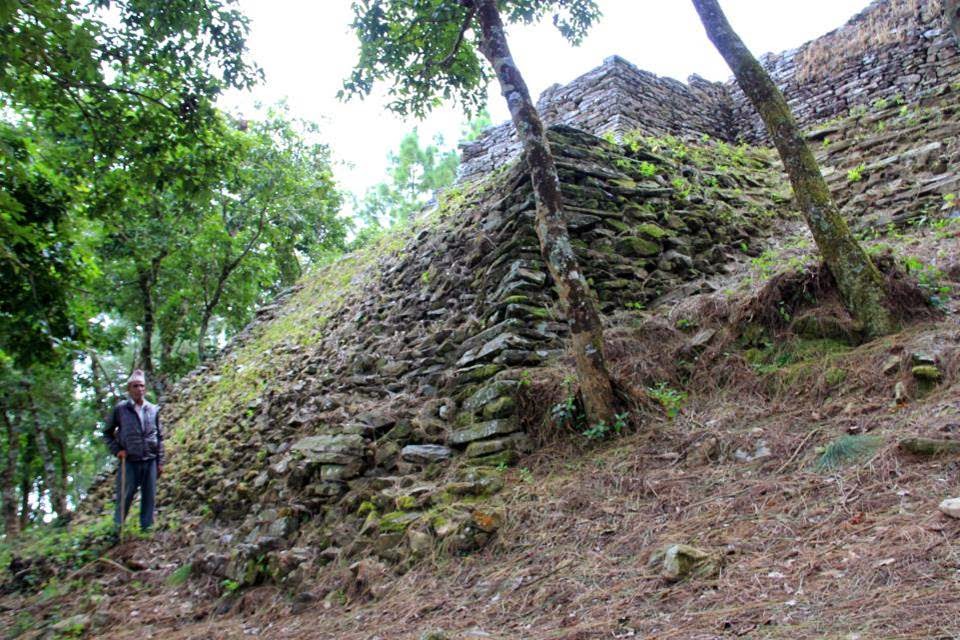 Our project to preserve the ruins at Liglig Kot took a big step forward. Two weeks ago, at our invitation, Bhesh Narayan Dahal, the Director General of the national Department of Archaeology, came to tour the site and meet with members of the community.  He was impressed by what he saw and offered his support. He also pledged to work with us on creating a master plan for Liglig Kot. The problem, of course, is that no one has any money, but with a good plan and government backing we are hopeful that funding can come. 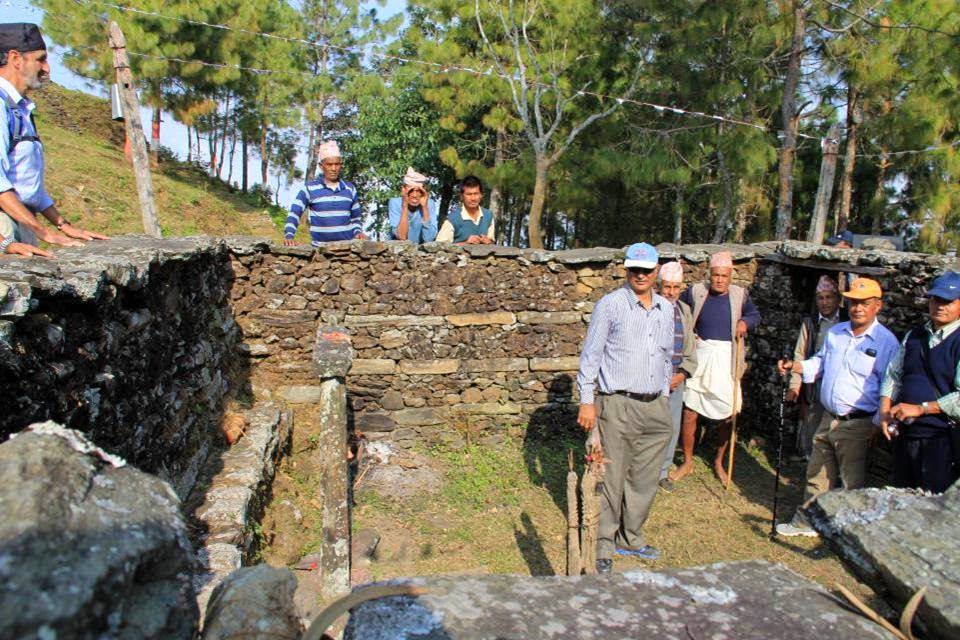 The DG also agreed to send an engineer up to look over the ruins, see what might be done, and attach some costs to potential work.  We heard this afternoon that three engineers are coming tomorrow and will stay with us. The family is used to this kind of fire drill (and usually enjoy it), but with the rice and millet harvest this is coming at a somewhat bad time. 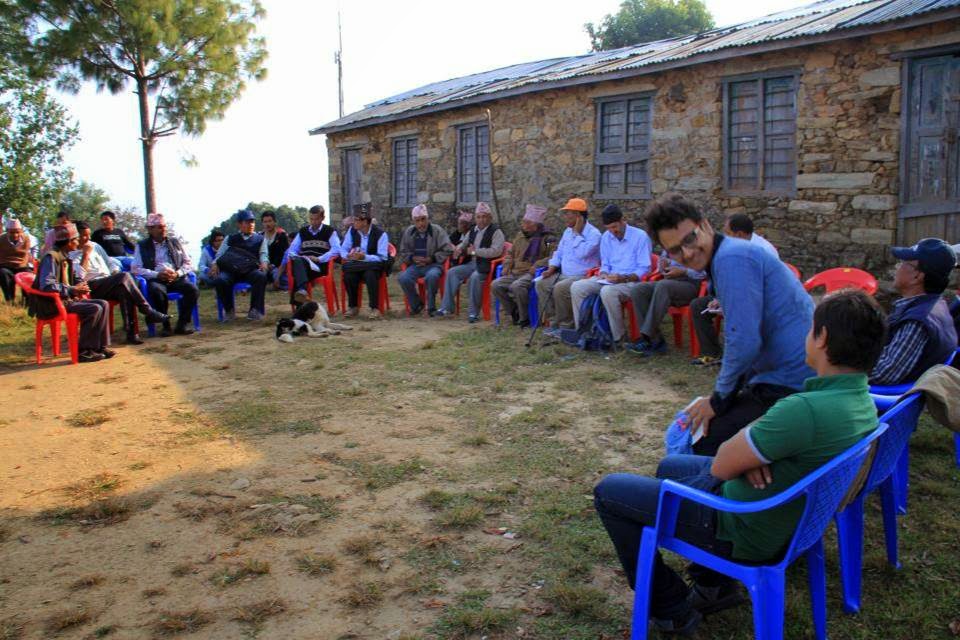 People living on the mountain are following our progress closely. The customary greeting of “Have you eaten?” is often followed by “So what’s happening with Liglig Kot?” We have had enough requests for work to staff Disney World. Local people see restoration of the palace and fort as a means for attracting tourists and many of them envision paragliding and luxury hotels – not exactly what we have in mind. We spend a lot of time trying to manage expectations. 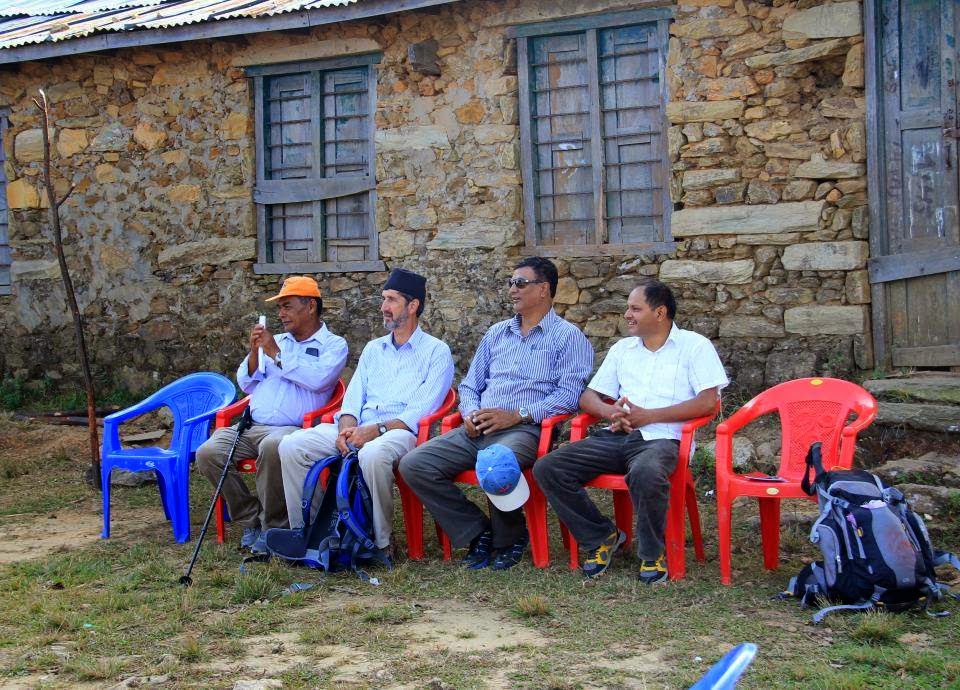 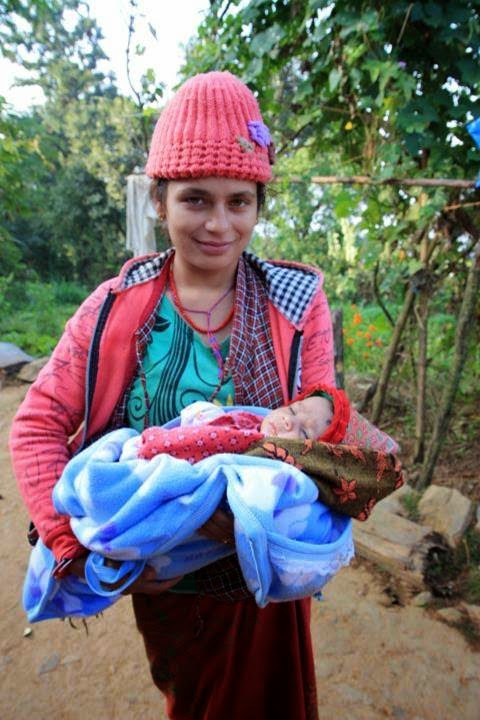 Last December we reported on Sita’s wedding. In September she gave birth to a daughter. Her husband Padam is back in the Gulf and returns to Nepal in one year, seven months. 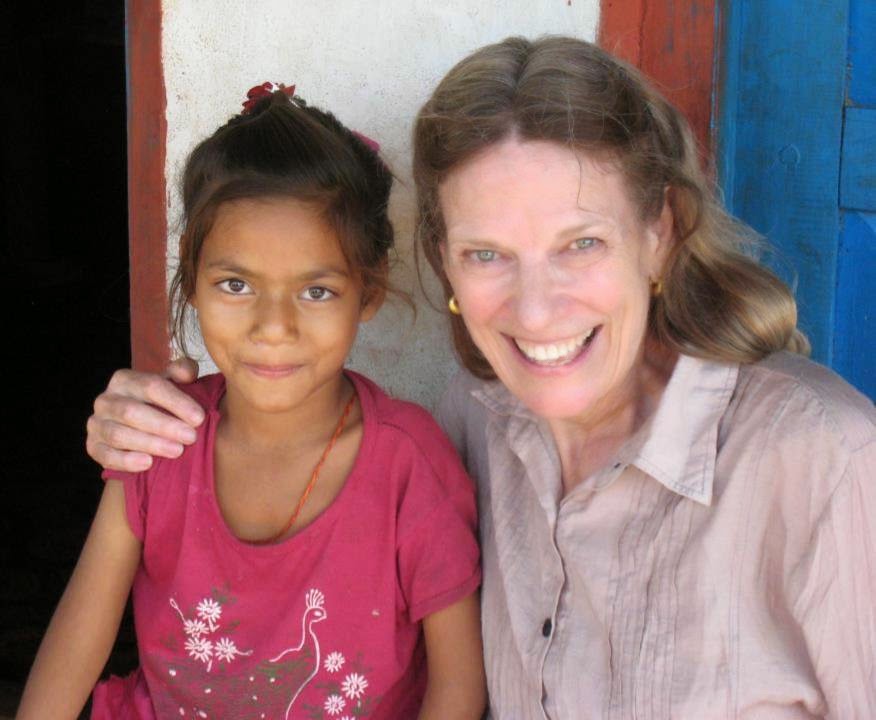 The father of Sangita Adhikari, the little girl with the club hands and feet, has gone to work in Malaysia and will not return for three years. He leaves behind his wife, three daughters, and infant son. Knowing how much he doted on his family, it is a difficult sacrifice for everyone involved.


The project to pump water directly to houses around Dharapani has been a huge success. Having water spigots in their yards has eased life considerably for (primarily) women.  We did not connect to it since we live close to the stream, so for us the benefit has been fewer people disconnecting the pipe that feeds our tank. A downside has been the loss of the pandharo as the community meeting place. 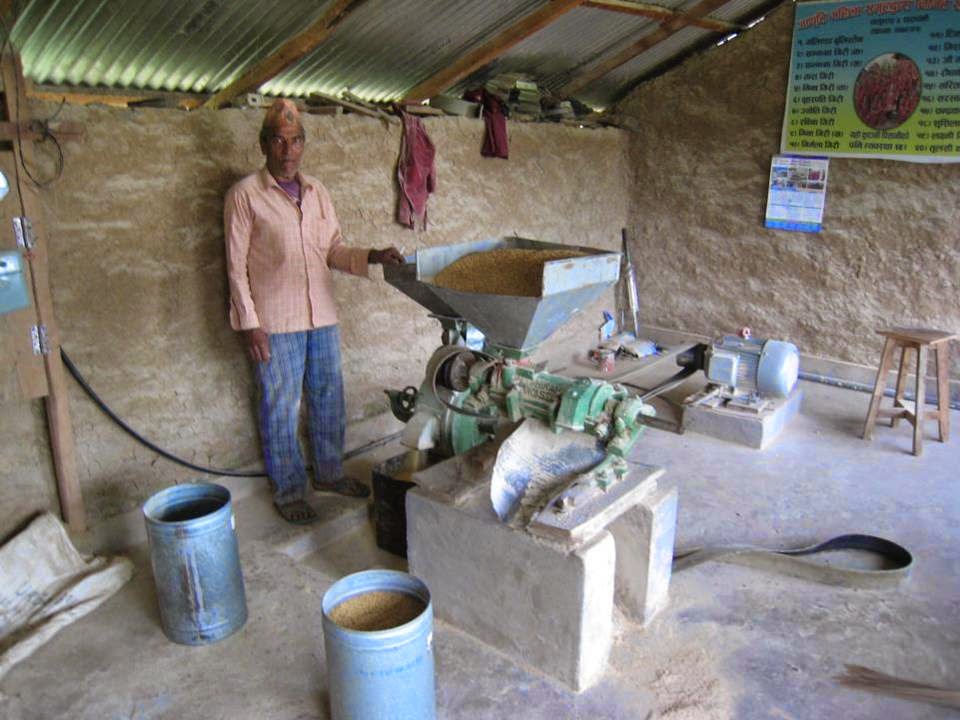 The mill chugs along. The women’s association charges less than other mills, which means more business but slimmer profit margins. The “driver” who runs the mill has been agitating for more money (he now earns Rs. 100, about one dollar, each morning). We have been encouraging the women to get trained and run the mill themselves, and we will see after their next monthly meeting whether they will accept our offer to pay for the training.

Cats Tika and Seti are still around. The brothers used to be best friends, but hormones kicked in and Tika chased Seti from the compound. Seti wants to come back but can’t because all hell breaks loose when he’s here. That is natural cat behavior, but what makes it Shakespearean is that Seti was Malinda’s favorite and now, even as she chases Seti away, she cuddles up to his tormentor. 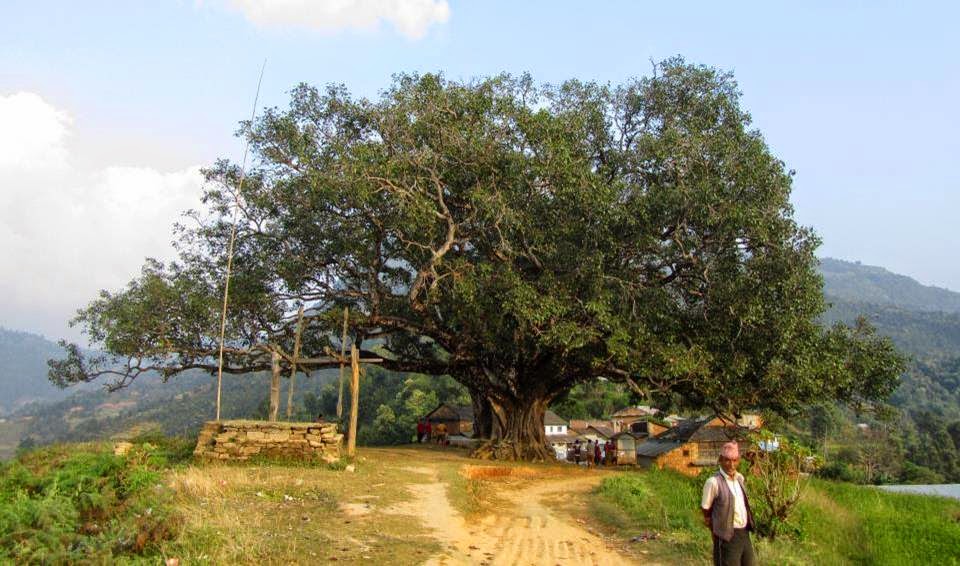 Those of you who have seen our 2015 calendar will recall this photo from January: two magnificent trees in the center of nearby Dumre village. Well, those trees are gone. This summer, a branch from one of them fell on a house and for reasons we have yet to understand, the local forestry user group decided to hack both trees mercilessly. An unconfirmed rumor that the wood was sold to a brick kiln in Thantipokhari, if true, would explain a lot. 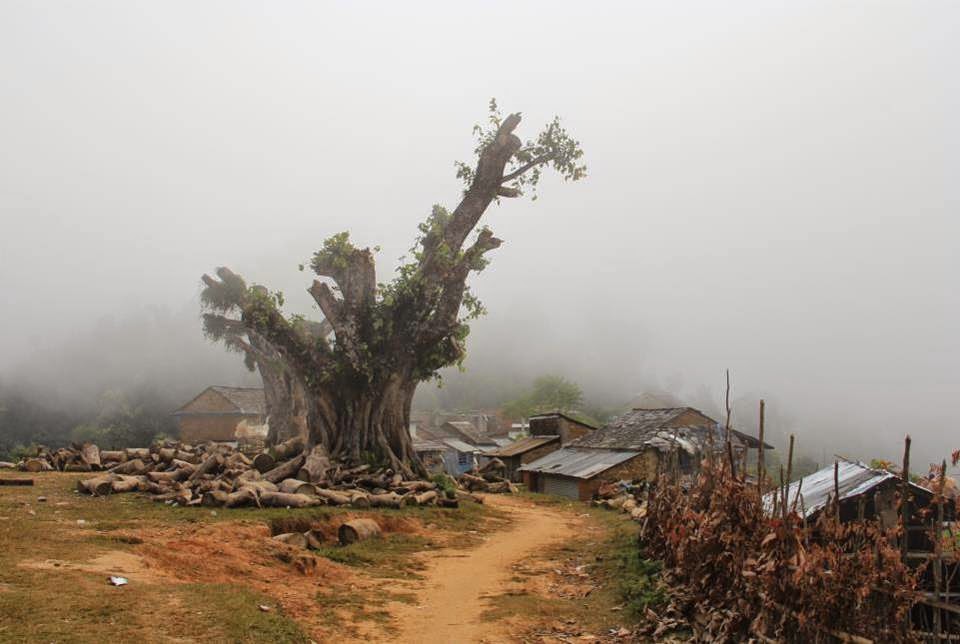 Those trees stood alone in Dumre on the crest of a ridge and were visible for miles from every direction. The chautaras under those trees were the central meeting place for generations of villagers. They were especially valued by the Dalit community living nearby, whose shrine they shaded. A lot of people are unhappy about it, but that didn’t stop it from happening.

We like the freedom of not having to teach every day, although it means having to work hard at keeping busy. We are better at it some days than others. We are collecting oral histories of Liglig, but this is the rice harvesting season and people are busy. Last week we revisited the museum in Gorkha (hoping to find archives that in fact do not exist) and this week we’ll spend a few days in Pokhara. In early December we will take the 7th and 8th grades on a field trip to Gorkha. Even the “unproductive” days are filled with long walks, reading, visits to Dumre for supplies, and interesting encounters. And tomorrow the engineers arrive.... 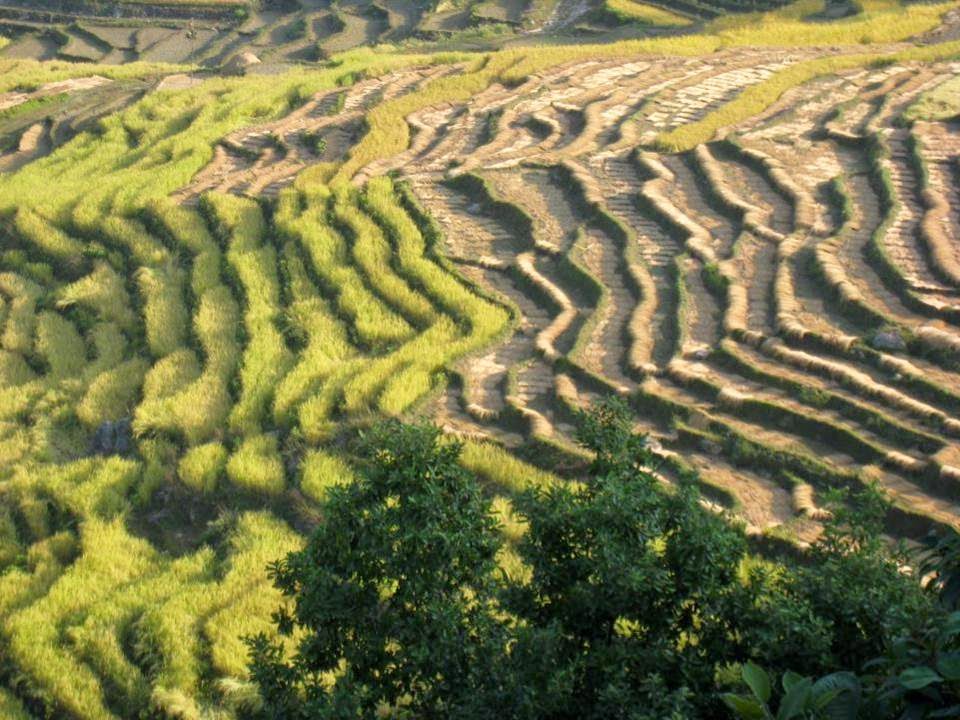 Posted by Malinda and Harvey Blustain at 6:45 AM 2 comments: